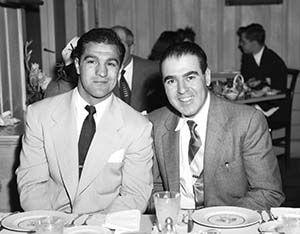 Rocky Home in Brockton among his Neighborhood Pals 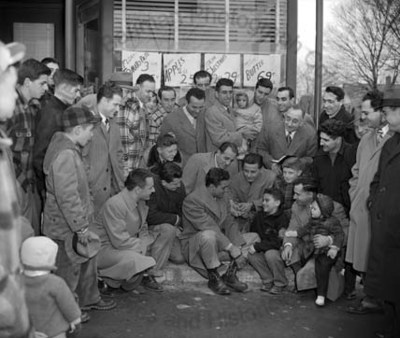 Unaffected by his smashing defeat of Carmine Vingo, Brooklyn undefeated heavyweight, in Madison Square Garden on December 30, 1949,. Rocky Marciano came home to Brockton a hero to hundred's of his neighbors who had watched his rise in athletics since he was a boy. And here he is telling the "gang," and in particular his nine-year-old brother, Peter C. Marchegiano how he made out in the New York battle; January 1, 1950